The 2022 World Juniors Championship is just around the corner and on Wednesday, two teams announced their tournament rosters. The San Jose Sharks will have at least one prospect in the tournament, as William Eklund made the final cut for Sweden, but Finland’s roster skews more toward 2022 draft-eligible prospects, with 10 total players showcasing themselves for next summer. 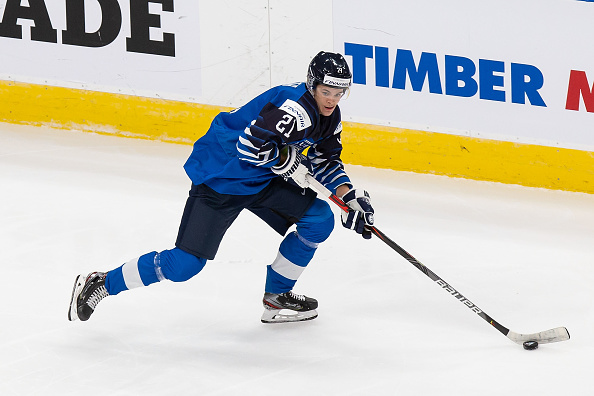 Among those draft-hopefuls are forwards Joakim Kemell and Brad Lambert. The 17-year-olds are both ranked largely in the top-10, and as high as second-overall so far in the scouting season. Lambert comes from a hockey family, with his dad and uncle having played in Europe, as well as his uncle Lane Lambert, who played for the Detroit Red Wings and Quebec Nordiques in the 80s.

Lambert comes with more of the size and versatility, playing at center and wing, while winger Kemell is a pure goal-scorer. The JYP team mates in Finland’s Liiga are two of the three youngest players on the team. Kemell leads the team in both goals (12) and points (18) despite missing nine games.

As far as the drafted players, 11 NHL franchises are represented on Finland’s roster, with the Ottawa Senators, Carolina Hurricanes, Toronto Maple Leafs and Los Angeles Kings sending two prospects each. Ten players are returning from last year’s competition: one goaltender, four defenders and five forwards, including Brad Lambert and the Kings’ Kasper Simontaival.

In the 2021 World Juniors live , Finland defeated Russia to win Bronze. Simontaival was second on the team in goals (4) and third in points (7) over the seven games of the tournament. Lambert netted 1 goal and 3 assists. Joel Blomqvist, the returning netminder who was drafted in the second round of the 2020 draft by the Pittsburgh Penguins, did not see any ice time in last year’s tournament.

Finland will compete in Group A against the Czech Republic, Canada, Germany and Austria in Edmonton, Alberta. Group B, consisting of the United States, Sweden, Russia, Slovakia, and Switzerland, will compete in Red Deer.

The pretournament exhibition games will begin on Dec. 20, with the preliminary round beginning on Dec. 26. The Finals will take place on Jan. 5, 2022.